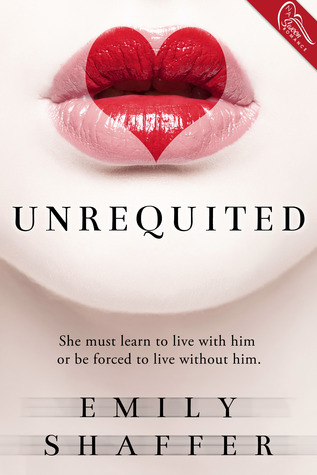 
Rating: ★★★
In the town of Belle Ridge there are doctors, lawyers and teachers... but there is only one vampire. Will Leighton has become an expert in making a life for himself amongst the unsuspecting small-town inhabitants, as the high school history teacher. He has spent hundreds of years crafting an identity and routine that make him feel almost human, but he is always missing that important final element, love.

Ashton Wallace is beautiful, smart, and angry. She was forced into an eternal existence, and now her family has moved her away from everything and everyone she knows. In Belle Ridge she is supposed to finish high school and start her life again, but how do you make plans for the next several centuries?

Will has never met another of his kind, and is immediately intrigued by Ashton. He longs to show her that the perceived vampire lifestyle, so popular in storybooks, is far from reality...but will she let him be a friend and guide in this new existence? Can Ashton accept Will into her life, or will she be led astray by a dark stranger with whom she shares an unknown connection? (Goodreads)

“In the town of Belle Ridge, there were doctors, lawyers, and teachers. But there was only one vampire, and he happened to be the high school history teacher.”


So what made me want to read Unrequited? The cover. Seriously, it's so simple yet so bold. My eyes were instantly drawn to the lips and the heart on it. I also love the contrast on the white/pale skin background with black font and red accents. It just makes the cover stand out more than it usually would if other colours were chosen.
If your use to the world of vampires were they can't come out during the day, drink blood, can't digest food, can't step into a church and all those classic vampire things than Unrequited will definitely be a unique read for you! Emily Shaffer has completely re-vamped (see what I did there?!) what we know about vampires, in Unrequited they can go into churches, be out during the day, and eat food, although it's more of an act to blend in.

Love Triangle - I really don't like reading books that involve love triangles because it always leads to someones heart being broken, but yet I seem to continue reading books that have them! I was instantly Team Will from the moment we first meet him, he's just such a swoon worthy character! And Griffin, well I disliked Griffin from the moment we met him and only started to like him a little bit within the last four chapters. I'm hoping that in the next book Ashton will come to her sense and pick Will! And if Emily Shaffer can throw in a love interest for Griffin then everyone will have a happy ending.

“Without a single word, he knew Ashton hadn't come back to Belle Ridge for him. Her eyes, her beautiful green eyes, didn’t hold the same look for him they once had. He couldn’t move. He could scarcely breathe. In less than an instant he felt like everything he had planned and wanted had evaporated into the air. All that remained was his bruised and broken heart and the memory of a stolen moment in time.”

Excerpt From: Emily Shaffer. “Unrequited.” iBooks.
Emily Shaffer is a very descriptive writer. I felt every emotion that Will, Ashton and even Griffin felt. At times though I felt like the story was rushed and I would have preferred for there to be more of a development with Ashton's feelings towards both Will and Griffin. I liked having the story told from both Will and Ashton's point-of-view, this was the perfect way to really capture each characters emotions and thoughts, however I would have liked to have seen more from Griffin's perspective.


Lasting Impression
Overall, Unrequited was a unique and fast paced read. We're left with a serious cliffhanger and I'm definitely intrigued to read the sequel to find out what will happen next! TEAM WILL!!!


a Rafflecopter giveaway
About the Author
Whether writing stories to entertain her younger siblings, or typing up an essay for a class, Emily Shaffer has been a writer for as long as she can remember. Her stories may have changed from talking cartoon frogs to angsty young adults, but her goal to write a compelling story remains the same. When not writing, she lives in Nashville and enjoys all the music, food, and excitement that city has to offer. Her first novel, the well-received chick-lit title That Time of the Month was self-published on Amazon in 2012. Her latest novel, as the others before, are fueled by diet soda and pie.

Posted by Patty @ Bookish Wanderlove at 08:46