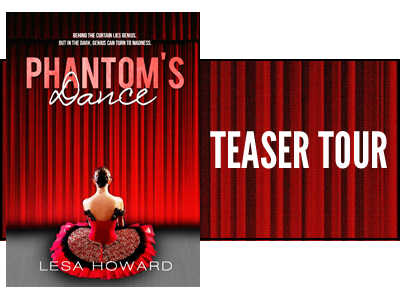 Welcome to my stop on the teaser tour for Phantom's Dance by Lesa Howard. Phantom's Dance is a YA modern retelling of Phantom of the Opera and it's available for sale, right now! 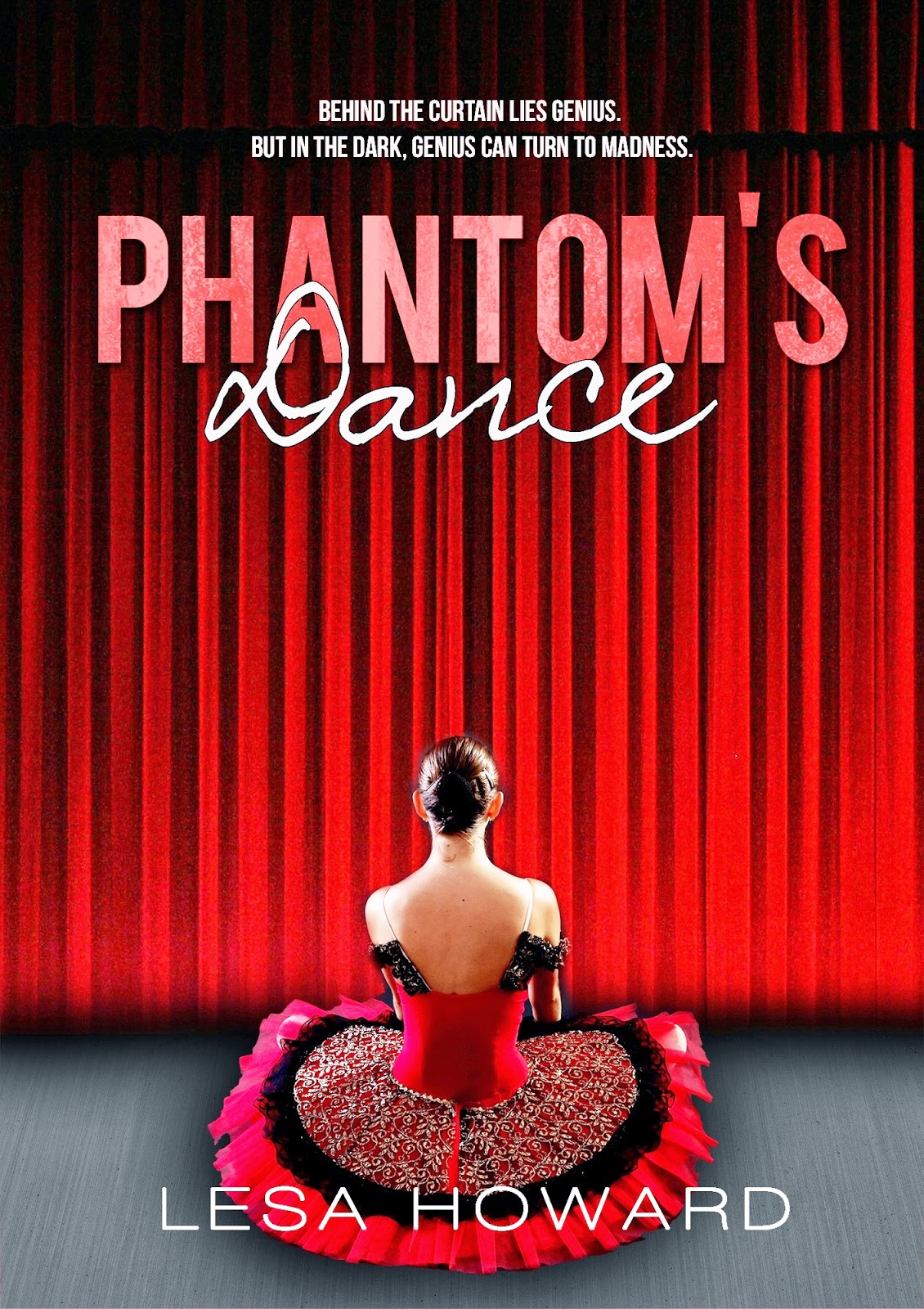 
Christine Dadey’s family uprooted their lives and moved to Houston for her to attend the prestigious Rousseau Academy of Dance. Now, two years later, Christine struggles to compete among the Academy’s finest dancers, her parents are on the brink of divorce, and she’s told no one about her debilitating performance anxiety and what she’s willing to do to cope with it.

Erik was a ballet prodigy, a savant, destined to be a star on the world’s stage, but a suspicious fire left Erik’s face horribly disfigured. Now, a lonely phantom forced to keep his scars hidden, he spends his nights haunting the theater halls, mourning all he’s lost. Then, from behind the curtain he sees the lovely Christine. The moldable, malleable Christine.

Drawn in by Erik’s unwavering confidence, Christine allows herself to believe Erik’s declarations that he can transform her into the dancer she longs to be. But Christine’s hope of achieving her dreams may be her undoing when she learns Erik is not everything he claims. And before long, Erik’s shadowy past jeopardizes Christine’s unstable present as his obsession with her becomes hopelessly entangled with his plans for revenge. (Goodreads)


A Writer's Thank You Notes


Thank you, "I'm sorry I was writing dialogue in my head," for continuing to do the job when using you as an excuse for ignoring my husband.

Thank you, Microsoft Word, for pointing out when I misspell vaccuumm but completely ignoring mall when I meant maul.

Thank you, e-books, for making it possible to share my book with more readers while pulling my hair out learning your endless choice of formats.

Thank you, blogs, for your SEO, trackbacks, and meta crap that give me a lovely migraine.

Thank you, social media, for never acknowledging my existence.

Thank you, television writers, movie directors, and actors in general, for your cool last names that roll with the credits, yet I can never remember a single one when trying to come up with a good character name.

Thank you, Goodreads, for reminding me that I don't read fast enough.

Thank you, Amazon, for putting my best review at the bottom of the list—where no one ever goes.

Thank you, best sellers list, for reminding me I have not yet arrived.

Finally, thank you, Jimmy Fallon, for another sarcastic way to express myself.


“You scared the crap out of me—again!” I wailed, and a low chuckle rumbled from behind the heavy, velvet drapes.

With my hand pressed to my overexerted lungs, I breathed deeply. “I see you’re still behind the curtain. But I suppose that’s where a stagehand would be, wouldn’t he? Behind the curtain?”

“Ouch. And here I thought you were a nice girl—not like the Academy snobs looking down their noses at the hired help.”

“I never said that. What I said was you’re a snob.”

He half laughed half snorted.

“What are you doing here?” I asked him.

“I came to see the ballet. Isn’t that why you’re here?”

“Of course, but that’s not what I meant. The ballet has been over for an hour. Why are you still here?”

The pink flower chose that moment to fall from my hair and float to the stage floor.

“You were playing the ballerina, weren’t you?” He teased.

His voice had moved from where it started at my right to the curtains behind me.

My face heated and I bent to recover the flower then stood to face his voice.

“You won’t tell Mr. Darby or the theater manager?”

Spinning the flower between my fingers, I asked, “Why do you stay behind the curtain?”

“But you said you’re a dancer. What kind of dancer doesn’t like to be on the stage?”

He’d been yanking my chain long enough. Two could play this game.

“So, are you handicapped or what?”

An unpleasant silence stretched between us and I realized I’d stumbled onto something. 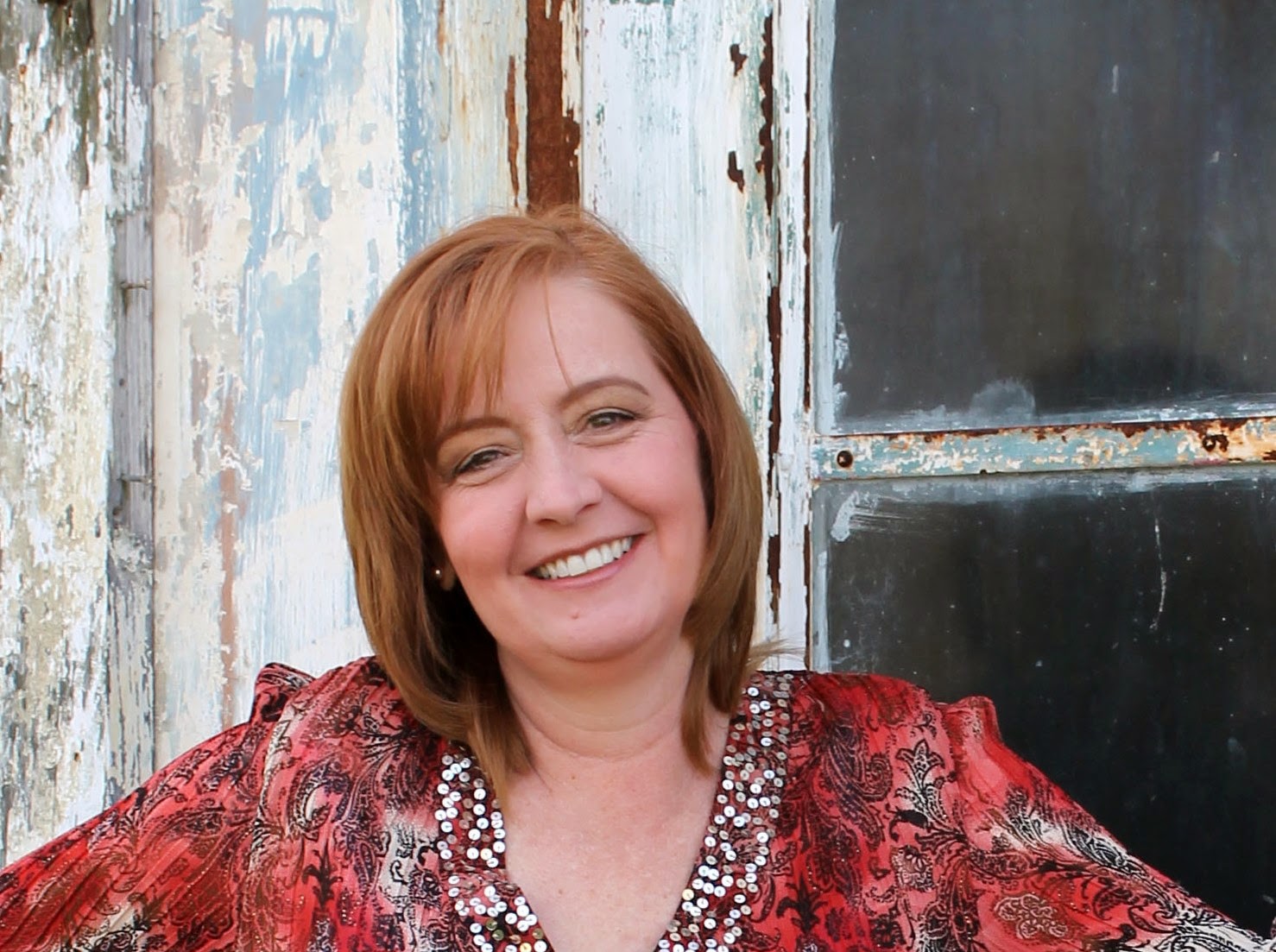 
Lesa Howard lives in the greater Houston area where she works as a writer-in-residence for the nonprofit organization Writers in the Schools, but her students know her as Lesa Boutin. Lesa was passionate about writing for teens before it was even labeled Young Adult, and her latest YA novel is PHANTOM'S DANCE, which is a modern retelling of Gaston Leroux's PHANTOM OF THE OPERA. She has two books written under the name Lesa Boutin: AMANDA NOBLE, ZOOKEEPER EXTRAORDINAIRE, and AMANDA NOBLE, SPECIAL AGENT.

Posted by Patty @ Bookish Wanderlove at 09:00